Learn from Artists to Create the Future

The creative role of business has been brushed aside, even though this is actually the foundation of its existence 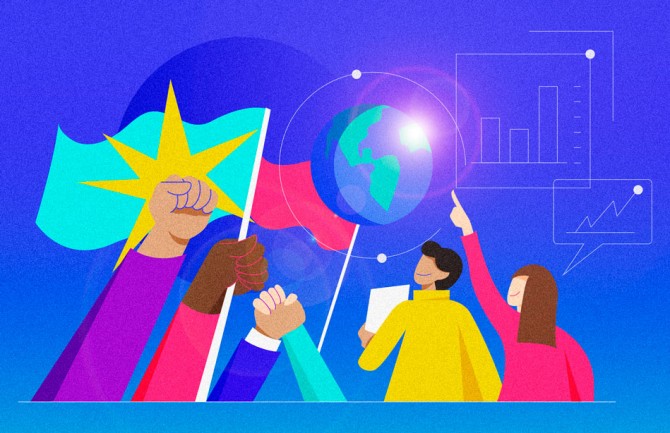 One of the greatest lessons learned from the pandemic crisis is that we will never be sufficiently prepared for the future. International institutions were seemingly better prepared for the passing of the cold war than for systemic crises such as the pandemic or the one that is just around the corner: climate change.

Companies were not prepared either. Most of them are still working under control and vertical hierarchy paradigms that prevent them from developing flexible strategies and innovative competencies in their teams in order to participate in an increasingly global, digital and extremely disruptive market. No company is exempt. We now look back with nostalgia on companies that once dominated their industries (such as, Blockbuster in audiovisual entertainment, Compaq in computing, or Pan Am in aeronautics).

The fundamental problem is that companies still base their actions on rigid, conservative paradigms that make it difficult for them to become builders of the future. Business leaders seem more interested in avoiding risk and maintaining the status quo to obtain economic returns than in generating value from risk and innovation. They seem more interested in standardizing than in creating. The creative role of business has been brushed aside, even though this is actually the foundation of its existence and what enables companies to build the future.

The artist as a metaphor can serve for rescuing the creativity that gives rise to business acts. Artists are not afraid of uncertainty. On the contrary, they create from and thanks to uncertainty. In fact, the uncertain, ambiguous space allows them to explore their creativity.

Let's think about how painters create their work. First, they imagine what they want to paint, outline a structure and then start painting. The work emerges with each brushstroke. In a way, they know that the work does not belong to them. A creative energy, which is more than anything else impersonal, seizes them and takes possession of their hand. The final work has to leave room for interpretations by observers. If the work is too obvious, it loses its beauty. Think about the works of Dalí or Van Gogh: beauty is in itself ambiguous.

In uncertain times like these, business leaders should look to artists and learn to create from uncertainty. Eliminating it has never been possible because the future is inherently unknown. This may seem obvious, but it is a rule we tend to forget in less turbulent times or in our daily lives. Despite technocrats’ promises that the huge capacity for data capture and analysis we have developed thanks to technological advances could provide a way to predict the future (what is known as “predictive data analytics”), the political and business worlds are becoming increasingly uncertain.

Understanding that the future is inherently unknown invites us to explore business paradigms that shift away from control and planning and move closer towards imagination to create futures. “The best way to predict the future is to create it,” said the great business philosopher, Peter Drucker. However, just as artists contain a creative energy that does not always belong to them, so the implementation of business initiatives does not depend exclusively on our desires and business plans, but rather on a set of environmental conditions and relationships that are beyond our control. Nothing can guarantee future success.

Hence the importance of courage in an uncertain, ambiguous world. The successful artist is someone who is brave because he or she is willing to go down the untrodden path in order to achieve a beautiful and original work. The successful entrepreneur must follow suit.

I still remember when in my early years as an undergraduate student a professor said: “The higher the risk, the higher the return.” This is a business premise we must not forget. If we want to create value through companies, we have to take risks, not eliminate them. This path always involves doing something differently, which brings to mind the famous verse of the poet Robert Frost from his poem The road not taken:

“I shall be telling this with a sigh

Two roads diverged in a wood, and I—

I took the one less traveled by,

And that has made all the difference.”

We are facing the challenge of shifting the paradigms that have dominated business for decades. The world is crying out for creativity and imagination to take over companies in order to create a prosperous, fair and sustainable future. Though we may fail a thousand times, we must leap into the unknown, because the only creative space we have been granted is the one we do not know.

The author is a full-time professor at EGADE Business School. 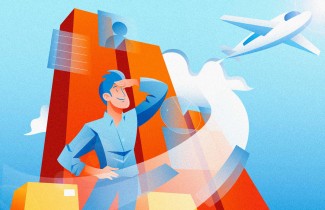 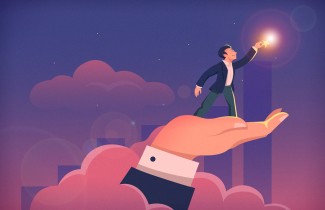 Making the Affordable Aspirational: Increasing the Adoption of Frugal Innovations at the Base of the Pyramid 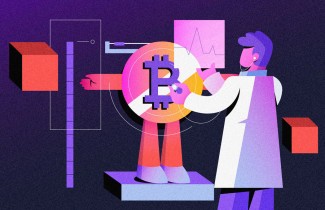 How to Address the Disruption Generated by Cryptoassets