The Governor of Banco de México delivered a conference and participated in a panel during an event organized by EGADE Business School and the Undergraduate Business School at Tec de Monterrey.

The economic and financial effects of the shocks stemming from COVID-19 have been significant and markedly different from those corresponding to previous crises or recessions, according to the governor of Banco de México, Alejandro Díaz de León.

"In 2021, the pandemic has implied challenges that were different from those faced in 2020," he said.

The central banker delivered the keynote address "National Economic Forecast" on October 28, at a summit for Tec21 Model formative partners in Querétaro, organized by EGADE Business School and the Undergraduate Business School at Tecnológico de Monterrey School of Business. 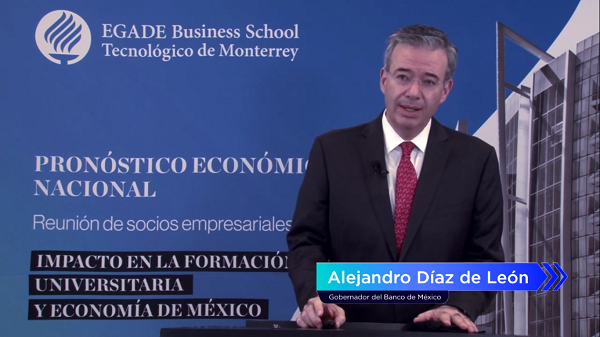 Díaz de León went on to explain that, owing to the pandemic, the global economy progressed from the total and partial closure of activities to a scenario of vigorous expansion of spending and a shift from spending on the consumption of services towards goods, especially in advanced economies.

"This has produced major bottlenecks in production and inflationary pressures worldwide. These are transferred to internal inflation through increases in the prices of tradable goods and diverse costs of production, transportation, and distribution inputs," he commented.

Regarding the challenges of the current circumstances, he stressed that a global environment of higher growth and inflationary pressures has been consolidated in the past few months.

"While these are expected to be transitory, they pose greater risks to price formation, especially in emerging economies," he said.

Among the final considerations of his conference, the head of Banxico emphasized the following:

After his conference, Díaz de León participated in a panel with Paulina Campos Villaseñor, Vice-President of Integrity and Compliance at Tec de Monterrey, and Carlos Rodrigo Lever Guzmán, Dean of the Mexico City Region of the School of Social Sciences and Government. 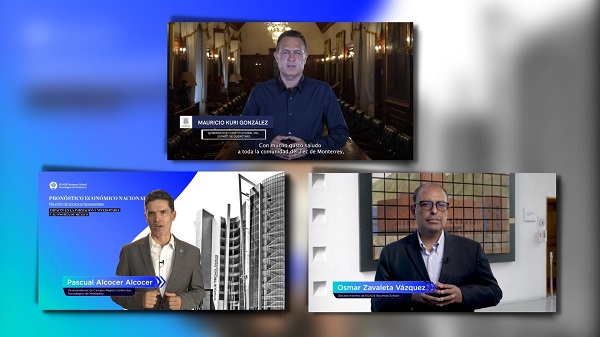