Mexico in the Face of COVID-19: A Silver Lining

Despite the bleak picture concerning our health, society and economy, there are still some reasons to stay optimistic

Redefining the Purpose of Business in Society

A Reset Button for Mexico

Our society is now witnessing in astonishment, concern and dread the evolution of a global phenomenon that barely two months ago was not on our schedule: a pandemic with unprecedented consequences that is devastating a large part of our planet.

We as a human species have suffered and survived other pandemics that have had different outcomes in the past. In 1918, an estimated 20 to 40 million people died from the “Spanish Flu”, a disease that first broke out in a military camp in Kansas, but which earned its name because it was widely reported by the Spanish press at the time.

Over the last decade, SARS, Ebola, avian flu and seasonal influenza have been some of the epidemiological threats we have faced, but none of those was quite like our ongoing health crisis. According to official data from the WHO, by the end of March, there were over 850,000 confirmed cases in the world and an unfortunate death toll of over 42,000 people. In America, there are more than 200,000 confirmed cases and 4,000 deaths. However, it is likely that these figures are much higher, as stated by the Imperial College London and other institutions.

Regardless of the accuracy of these data, the limited testing capacity and the significant percentage of asymptomatic cases, this is a pandemic that is currently growing in Mexico and Latin America. Mexico has officially more than a thousand cases and a surprisingly low death toll of 29. Now, the Government has pronounced the severity of the pandemic and established a state of emergency which includes widespread measures such as social distancing.

Let's not forget that 50% of Mexico's population lives in poverty, and 57% of the labor force has informal jobs. The halt in economic activity -along with the impact of COVID-19 on the United States and other major markets, the collapse of supply chains, the drop in oil prices, the Peso's depreciation, the outflow of foreign capital from Mexico, and a severely depleted institutional response- would cause an infinitely greater impact on Mexico, in the short and medium-term, and would lengthen the timeframe for an economic recovery that will undoubtedly come at the end of the contingency.

Yet, despite this bleak picture concerning our health, society and economy, there are still some reasons to stay optimistic.

First and foremost, there is a sense of responsibility and solidarity shown by the Mexican people and the strength of their family values. We have already witnessed examples of them assuming their social responsibility. Universities and schools, both public and private, closed their campuses and migrated to a digital and flexible format. Many companies urged their most vulnerable employees to work from home. Entire families across Mexico voluntarily took up quarantine, and many companies adapted their business models in response to the contingency. I am confident that these voluntary measures, coordinated among citizens, will make it possible to reduce the (undoubtedly dreadful) impact that COVID-19 could have on the country.

However, we are facing an extraordinary and unique opportunity to not just redefine our purpose as human beings, but also the role that businesses and companies will play in the post-COVID society, in addition to exploring alternative approaches and models in the face of a shareholder capitalism model that was already in decline.

We need the collaboration and coordination of public and private institutions in order to deal with the effects of this crisis in an effective and coordinated manner. We are seeing how all over the world, despite despicable cases of exploitation, countless companies and employers are putting their employees' security before company profit; companies outside the health industry are now producing medical or technological equipment such as respirators, masks and face shields; entrepreneurs and corporate innovators are spearheading industrial initiatives to support sectors in need; large companies which, just like in Spain, are putting in billions of dollars to acquire essential medical equipment; individual or collective philanthropic initiatives towards those communities that are already suffering the economic consequences of COVID-19.

On the other hand, the extraordinary efforts of health workers around the world deserve to be highlighted, as they are giving their all to do a commendable job, sometimes risking their own health, with deficient and scarce medical equipment and supplies. They are at the frontlines of this fight and we must not spare any resources.

I am sure that this pandemic will be a very powerful lesson and a catalyst towards the establishment of a more responsible, inclusive, sustainable and conscious capitalist model in our post-COVID19 world. Only time will tell if we were right or wrong. 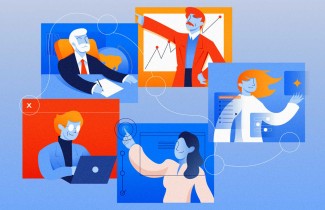 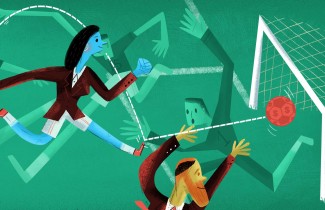 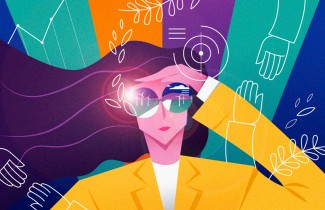